COVID-19: THE RICH EVEN RICHER THAN BEFORE THE CRISIS

“The inequality virus”: this is the name of the new report from the Oxfam association. And for good reason. The world’s richest 1,000 people regained their pre-crisis fortunes in just nine months, while it is estimated that it will take at least ten years for the poorest to recover.

Worse yet: not only did the rich not suffer from the pandemic, but in addition, some saw their profits increase. The most telling example is that of Jeff Bezos. The boss of Amazon, who holds the largest fortune in the world, was favored by the closure of so-called non-essential businesses. In September 2020, he could therefore have paid each of his 876,000 employees a bonus of $ 105,000 … while remaining as rich as before the crisis.

A finding without appeal. All the more so as the “Davos Agenda” opens on January 25, a meeting of major world leaders intended to discuss the state of the planet in 2021. The subject of inequalities should, once again, be on the agenda. table. Because as reminds us Oxfam, the gaps in wealth are not new: “This crisis comes in an already deeply unequal world, where a minority of people, mostly very rich white men, monopolize most of the wealth,” says Quentin Parrinello, spokesperson for the association. “Our economic model allows an elite to amass considerable wealth during the most dramatic recession we have seen since the Great Depression, when billions of people, especially those on the front lines of this crisis, struggle to pay their taxes. bills and to feed. “

According to estimates, between 200 and 500 million people have indeed fallen into poverty since the start of the pandemic. Women are particularly affected: they are over-represented in precarious and / or poorly paid jobs. On the contrary, the richest 1000 people earned 540 billion dollars. Either, as Oxfam reminds us, enough money to finance the vaccine against Covid-19 and distribute it to everyone. 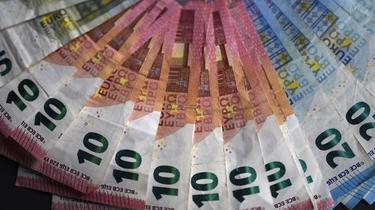 The association, therefore, calls for immediate action. With a key argument: if the different governments act now, the poorest could return to their pre-crisis level in three years instead of ten, according to World Bank estimates. Oxfam, therefore, offers some avenues to reduce inequalities. For example: raising the minimum wage in the social and health sectors, establishing wage ceilings, extending the exceptional aid mechanisms for precarious people, or even removing fossil fuel subsidies. The association is also approaching economist Thomas Piketty by proposing to tax the rich more heavily. “This can take the form of an increase in wealth tax, taxes on financial transactions and measures to eradicate tax evasion,” Oxfam detailed in its report. It remains to be seen whether these appeals will be heard.

Previous articleBITCOIN: 8 MISTAKES NOT TO MAKE IF YOU INVEST IN CRYPTOCURRENCY
Next articleTHE BEST CEREALS FOR BREAKFAST
- Advertisement -

HERE IS THE HAPPIEST COUNTRY IN THE WORLD IN 2021

While the year 2021 remains in the continuity of 2020, that is to say rather gloomy, a country seems hermetic to the atmosphere caused...
Read more

THE 10 AMAZING BENEFITS OF LAVENDER

BALI: SHE POSES WITH AN EXTREMELY LETHAL OCTOPUS IN HAND WITHOUT KNOWING

An encounter that could have been fatal. A tourist on vacation in Bali posted a video on TikTok of her holding a blue-ringed octopus...

The Suez Canal: The blockage costs between 5 and 8 billion a day for world maritime trade

After almost a week of standstill, the container ship stuck in the Suez Canal pulled away from the West Bank overnight Sunday through Monday....

Apple's mixed reality headset has been in the spotlight for the past few months. The famous analyst specializing in the products of the Cupertino...
Advertisment

We use cookies on our website to give you the most relevant experience by remembering your preferences and repeat visits. By clicking “Accept”, you consent to the use of ALL the cookies.
Cookie settingsACCEPT
Manage consent

This website uses cookies to improve your experience while you navigate through the website. Out of these, the cookies that are categorized as necessary are stored on your browser as they are essential for the working of basic functionalities of the website. We also use third-party cookies that help us analyze and understand how you use this website. These cookies will be stored in your browser only with your consent. You also have the option to opt-out of these cookies. But opting out of some of these cookies may affect your browsing experience.
Necessary Always Enabled

Any cookies that may not be particularly necessary for the website to function and is used specifically to collect user personal data via analytics, ads, other embedded contents are termed as non-necessary cookies. It is mandatory to procure user consent prior to running these cookies on your website.